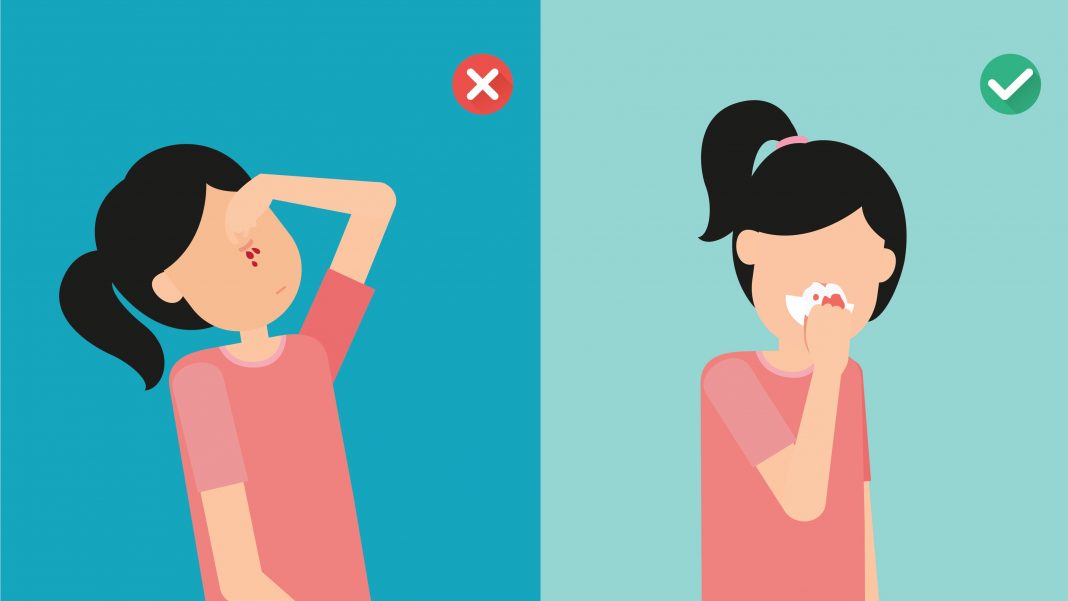 How to stop a bloody nose?

In the following article, we get to know about How to stop a bloody nose? So don’t skip the article from anywhere and read it carefully because it’s going to be very useful for you guys.

If there is no other injury, the following first aid measures can be taken to stop the bleeding:

Under no circumstances should you lie down or bring your head towards your neck if you have a nosebleed. You should also refrain from inserting cotton wool or a handkerchief. If removed later, the wound could easily open again.

If bleeding cannot be stopped even after 20 minutes, it is recommended to go to an emergency room or call the emergency services. In the case of children, you should inform a doctor after ten minutes.

Nosebleeds are often harmless. Suddenly there is blood flowing out of one or both nostrils for no apparent reason. In many cases, even dry nasal mucous membranes, heavy blowing or sneezing, but also a blow to the nose are enough to trigger the bleeding. Often the shock is greater than the extent of the blood loss. The source of the nosebleed is usually in the front of the nasal septum. The mucous membrane there is very well supplied with blood, but it is also thin and sensitive.

The bleeding usually stops on its own after a few minutes. However, there are also serious and sometimes life-threatening causes of nosebleeds. Most of the bleeding then originates from the back of the nose. There the supplying blood vessels are not yet as finely branched as further ahead so that a possible bleeding area appears larger. Then often only the ear, nose, and throat doctor can stop the nosebleed. If there is another disease behind the nosebleed, the cause must be treated.

Nosebleeds (epistaxis) can affect you at any age. The causes are manifold. Even strong blowing the nose or picking the nose can lead to small injuries to the nasal mucosa, from which it then bleeds. Epistaxis is not always harmless, because a serious illness can also be concealed behind the symptom. For example, high blood pressure or kidney disease can cause bleeding in the nose. Basically, the causes of nosebleeds can be divided into local triggers and systemic triggers:

Epistaxis – when to see a doctor?

In most cases, nosebleeds will go away on their own. However, if the bleeding continues after 20 minutes (in children after ten minutes), it cannot be stopped for a short time – then a doctor should be consulted or the emergency doctor should be called quickly. You should also consult a doctor if you repeatedly suffer from nosebleeds to stop a bloody nose, for example, several times a week. Likewise, if the symptom occurs suddenly, even though one has never suffered from it before, the doctor should be asked for advice. The bleeding may be harmless, but sometimes there is a disease behind it that needs treatment.

Homeopathy to stop a bloody nose

If you have a nosebleed, it is important to stop the blood flow as quickly as possible. The first measure should be to bend the head forward so that the blood is not swallowed. It could cause nausea and nausea. In addition, it is otherwise not possible to judge the severity of the bleeding. Squeezing the nostrils together with the thumb and forefinger and cooling the neck or the bridge of the nose are also useful to stop the bleeding. Depending on the trigger of the nosebleed, different homeopathic active ingredients can be administered.

The following homeopathic remedies are recommended for nosebleeds: